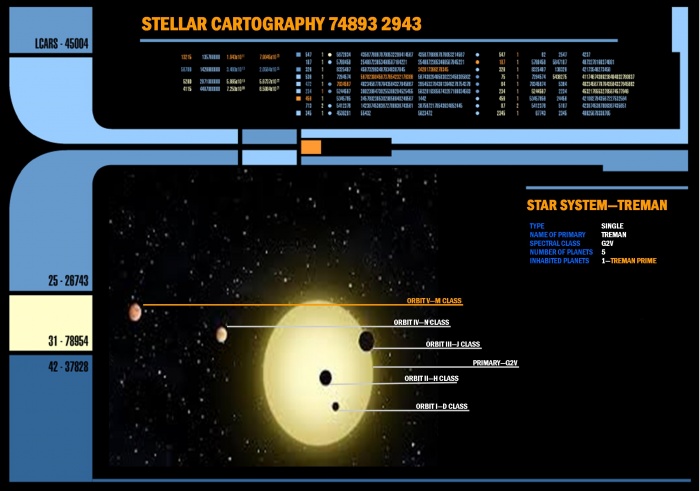 The Treman Star System is a star system in the Gamma Quadrant containing five planets. It is the homeworld of the Tremanite species.

The Treman Star System is located about 5 LY coreward of the Astraios Star System. Here, near the outer edge of the massive Takaar Nebula, five planets orbit a fairly young star. Also near this location is a huge asteroid belt. The fifth planet of the system is Minshara class, and is home to the Tremanites and their allies.