Svarga is a planet that resides in the Windsor Galaxy. It is in an area known as Tesra's Space which has a mysterious legend surrounding its existence, according to the native galactic folklore. 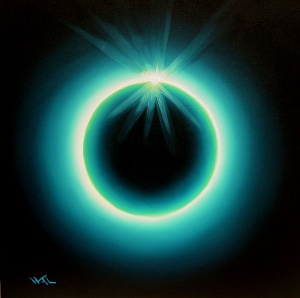 The USS Redeemer explored the nebular area. It seemingly was witnessing a birth of a new star, but infact, the nebula was opening up to a strange star-system. The star was of a class which no-one had ever even theorized about, let alone classify.

It was then that sensors detected a distant ring-shaped object. It was roughly 152 million kilometers from the star, about the same distance Earth is from Sol. A closer look revealed what appeared to be some sort of Ringworld. 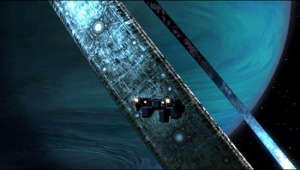 The ringworld appeared to be partially artificial in origin and had a nitrogen-oxygen atmosphere on the inner-circumference. The Redeemer's crew beamed down and explored an amazing world which in some cases defied the physics that have guided and controlled humanoid existence. 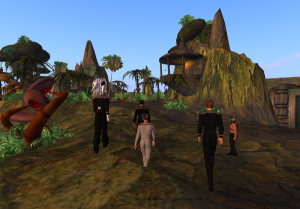 Picture of Svarga's surface
Retrieved from "https://lcars.ufstarfleet.org/index.php?title=Svarga&oldid=36923"
Categories:
This page was last edited on 21 March 2010, at 17:33.