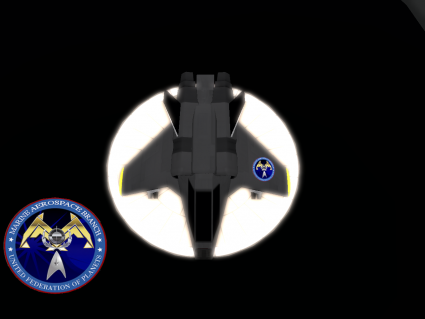 The F/I-375 Valkyrie MKIII is Marine Aerospace's newest premier starfighter. Given the designation F/I for Fighter Interceptor, the Valkyrie is designed to provide high-speed escort, intercept and destroy any hostile fighters, capital ships, or either ground or orbital installations. The Valkyries are the first line of defense to fend off any attacks against their home capital ship or starbase. The F/I-375 MKIII Valkyrie has been redesigned from its predecessors allowing it to operate effectively in both space and atmospheric conditions. While some would consider the Valkyrie ineffective against capital class ships individually, a well-trained Valkyrie squadron can be a formidable force even against the most deadliest of dreadnaughts.

Before the design of the original F/I-375 MK Valkyrie, Starfleet had previously utilized modified shuttlecraft or other small utility vehicles, preferring to utilize existing designs and technologies rather than developing a craft specific to the role of a Space Fighter. The Valkyrie is a radical departure from this line of thinking, but still based on existing Impulse Engine Configuration, Computer, and Warp Core technology. This makes the Valkyrie first of it's class to be designed specifically as a Space Superiority Fighter. Even though using the Danube Class Impulse Engines, Computer Core, Micro-Torpedo magazines, Primary and Emergency Fusion Generators, Primary Phaser Generators, the Shield Array and other necessary systems. However these systems have been redsigned to compliment the fighter's smaller frame. ALL this technology in such a tight space has forced this newest fighter to be only a single man craft. Directly Aft and on either side of the cockpit are the two Impulse Engines integraged with the Warp Nacelles. The main fuselage houses the Computer Core, Micro-Torpedo magazines, Primary and Emergency Fusion Generators, the Shield or Deflector Generator systems. The fighter is armed with removable micro-torpedo launchers underneath the fuselage as well as removable Phaser Cannons under each of the fighter's wings, and a self contained forward compression phaser in the nose. The Valkyrie MK VIII is the newest and deadliest of all of the Valkyrie class starfighters. It comes with all of the latest upgraded systems and weapons. It also has an integrated LCARS heads up display (HUD) system linked through the pilot's helmet to allowing for the pilot to monitor and manage all the complex systems onboard effectively. Making this the most maneuverable and lethal of all the starfighters in the quadrant. The pilots of this fighter are known as the elite of the elite among not just MAB, but Starfleet. 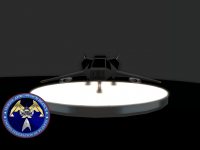