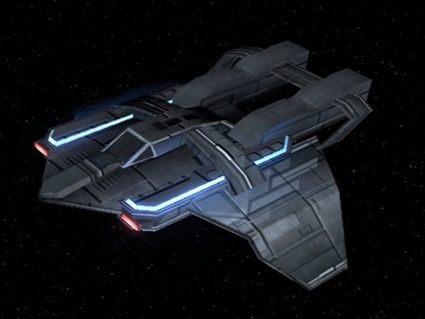 The F/B-274 Peregrine is the oldest ship in Aerospace's inventory. Given the designation F/B for Fighter Bomber, the Peregrine is fast, maneuverable, and can carry a moderate payload, allowing it to be able to deliver the most payload on a single target of all the starfighter class ships in inventory. Originally designed and used by the Federation as an escort courier ship in the late 24th century, the Peregrine Class was later modified by the Maquis as an interceptor attack vessel. Seeing the effectiveness of these quick, lightly armed vessels, Starfleet later adapted the design for use in some of the larger engagements of the Dominion War which it fought well in. The Peregrine, wIth upgrades and being able to adapt to the role as the only F/B, the Peregrine has continued to operate effectively well past its service time. Currently there are several R&D projects for a new Fighter Bomber to replace the Peregrine. 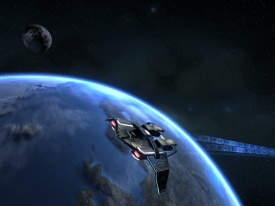 The Peregrine is a medium fighter bomber designed to assist in fleet actions by forcing the enemy to split their fire between as many targets as posible. The Peregrine has a small cockpit with seating for two, with a cargo area in the aft section and is designed primarily to operate at impulse or low warp speeds near to their home base, or from a suitable carrier vessel such as an Akira, or Miranda class. Peregrines have a relatively conventional design with a large pair of impulse engines at the rear with the main fuselage and cockpit flanked by the warp nacelles. The cockpit is in the forward section, as is the single micro torpedo launcher. Phaser armament comprises a single phaser emitter in the nose and a pair of emitters on the wings. For defense the fighter is equipped with a micro deflector array instead of a shield generator and carries decoy drones that can be launched from its rear storage bay. There are two cockpits available; the single seat cockpit uses the rear space for extra equipment, while the two-seater model allows the workload to be split among the pilot and weapons officer, enhancing crew performance. Both types exist in several different models which are optimized for various roles and operating conditions. The Peregrine has seen considerable service since the Dominion war, and has suffered heavy losses. Nevertheless, these ships continue to fulfill a vital role and production is continuing even to this day. 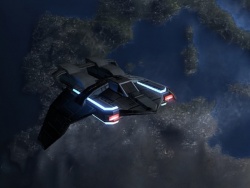 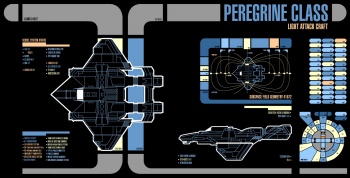 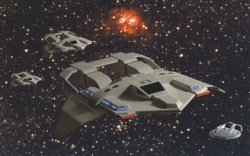 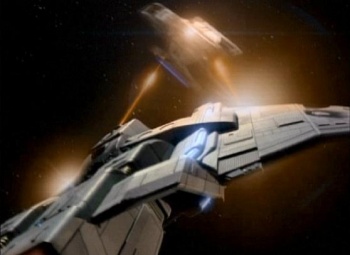