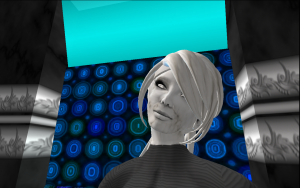 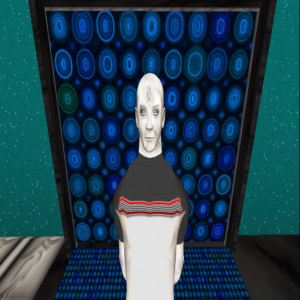 Conditional Notes: Scientific and technological levels comparable to UFS about 200 years ago.

Society Classification: Has warp technology and has scientific and research interests, but tends to be passive and reactive rather than proactive. Seems to value maintaining the status quo. Is peaceful and open to receiving help, but tends to be suspicious of off-worlders.

Government System: Unified World Government has been established as a pluralistic multi-party democracy with universal suffrage.

Other Notes: The Dairiseki are a pestimistic people, expecting things to go wrong and expecting others to betray them. They are a passive people, who do not appear to plan ahead but rather react to situations and problems as they arise. They are not a religious people.

History and Other Information: The Dairiseki first broke the warp barrier on Marmoir II 79 Earth years ago. Their current ships can reach a maximum of warp 3, but they have done little to advance their warp technology. They consider preventative maintenance a low priority, and as a result, their space station and many of their ships are older and in various states of ill repair.

They have a large matter/antimatter satellite that has been in orbit around Marmoir II for some time, and has been slowly degrading due to lack of maintenance. The satellite became trapped in their gravity and was about to crash with disastrous consequences. They requested help from the USS Shogun, who was able to stabilize the satellite's orbit and prevent a disaster.

Recommendations: The Dairiseki are very grateful for our help and have expressed an interest in establishing relationship with the Federation. I recommend that Starfleet send a diplomatic team towards that end. I also recommend that we send some Engineers and technicians to educate them about routine maintenance and the proper care of their satellite and equipment.