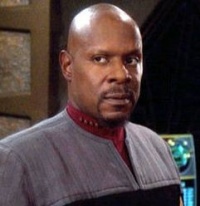 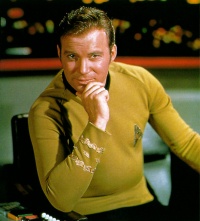 Captains have one of the most demanding and exciting roles in the whole of Starfleet. Their primary responsibility is to ensure the safety of their ship and crew, but the position also requires the frequent use of sophisticated diplomatic, strategic, and interpersonal skills. When a raw recruit enters Starfleet Academy for the first time, they may have ambitions to command their own starship. Few, however, will succeed. The rigors of training, theory, and study are only the start of the long journey to captaincy; years of serving in the ranks, from ensign through to first officer, are required of those who would direct and protect the lives of hundreds. Starfleet captains tend, therefore, to be exceptional people, able to balance the varied roles they must carry out every day of their careers.

The rank of Captain has not altered since Starfleet was set up, but the chain of command surrounding the post has undergone changes. For example, in the 23rd century, the immediately-subordinate position to Captain Christopher Pike of the USS Enterprise NCC-1701, was that of Number One, an executive officer holding the rank of lieutenant. Fleet Captain was the next promotional phase for captains.

By the time James T. Kirk took command of the Enterprise, the formal title of Number One was replaced by first officer status; unlike in later years, this was not a job in itself; Spock remained the ship’s science officer as well as Kirk’s second-in-command. By the 24th century, executive officers had become formally identified as the second-in-command, though many captains use the term ‘number One’ informally, to address their first officer.

A Starfleet captain is charged with three main responsibilities. The first and most important of these is the effective and safe operation of their ship and crew. A captain’s actions and personality must inspire loyalty in the crew under his command; staff can become disaffected and mutinous when they lose respect for their leader’s decisions.

Secondly, captains are expected to be inventive and spontaneous military tacticians, able to appreciate and act on any threat to the ship, or the Federation. For example, during a battle with the Ferengi in 2355, Captain Jean-Luc-Picard devised a highly-effective combat strategy known as the Picard Maneuver. This has since become required study at Starfleet Academy.

Thirdly, captains are often called upon to perform diplomatic duties; they are expected to represent the Federation’s interests, and make decisions on its behalf. As such, the captain must be apprised of many things including federation law, and customs of other species and societies. This requires an appreciation of diverse alien cultures traditions. Situations with new or difficult life forms may be problematic, but the captain must always uphold the Federation’s Prime Directive: non-interference in other cultures and their evolution. Some captains have experiences in which they must not only preserve the status quo, but also repair the damage, accidental or otherwise, done to species or timelines by Federation or outside interference. Obeying the Prime Directive can sometimes directly conflict with the captain’s other duties, putting them under tremendous pressure.

Emotional and intellectual pressures are part and parcel of a Starfleet captain’s job. At the most basic level, captains have at heart the wellbeing and lives of the crew and ship, and the strain that accompanies this responsibility can sometimes become too much. The loss of a crew, command, or family has prompted some Starfleet captains to commit acts outside the best interests of the Federation. One example is Captain Benjamin Maxwell of the USS Phoenix NCC-65420, who in an act of paranoid revenge nearly started a war with the Cardassians in 2367.

If a captain becomes physically unfit for duty, other officers can relieve them, including the ship’s chief medical officer or counsellor. Life-threatening injuries, signs of extreme stress or unusual or worrying behaviour, can also lead to the captain being forced to stand down, though such a request must come from at least two senior officers. There are specific Starfleet regulations to put this into force.

Not all Starfleet captains carry out their duties from the bridge of a starship; some are given command of starbases, stations or outposts. In 2369, Commander Ben Sisko was placed in command of Deep Space Nine. He was promoted to the rank of captain in 2371.

Some captains are based at the Starfleet Headquarters and Starfleet Academy. These officers may have a particular aptitude for training and instruction; some are distinguished personnel nearing the end of their Starfleet careers, while some choose to specialise in areas other than starship/starbase command.

Captains must know when to fight, when to run, and, on dire occasions, when to destroy their own ships via the autodestruct sequence. Whether conducting a wedding or a funeral, speaking for the Federation, or defending its interests with military force, a Starfleet captain must rise above all prejudices and influences to make a sound and just decision.