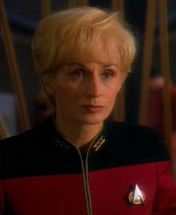 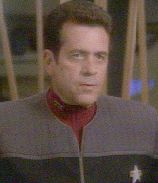 Members of the admiralty are among the highest ranking and most senior officers to work in Starfleet. It is through many years of loyal dedication to the service that these officers attain such a position of power and trust.

The rank of admiral is not bestowed upon an officer lightly. Those so rewarded are among Starfleet’s most decorated and respected officers, such as starship captains who are judged likely to provide an even greater service to the fleet by maintaining a watchful eye over the day-to-day running of operations throughout a sector of space. There are many facets to the position, making it an immensely rewarding though often difficult job.

The role of an admiral is highly diverse, and the duties are wide ranging and often complex. These vary from the mundane, such as attending diplomatic functions, lecturing at Starfleet Academy, and inspecting starships prior to launch, to being forced to put the lives of Starfleet officers on the line when authorizing vessels or personnel to enter hazardous situations.

It is a position that combines duty to the service with a requirement for skills of a political nature. Admirals are also granted the authority to decommission starships that are deemed past their prime or irreparable, as demonstrated by Admiral Morrow’s orders following the return of the USS Enterprise NCC-1701 to Spacedock in 2285.

In addition, there are many admirals who supplement their duties by maintaining a posting as commander of a starbase or other non-starship position, such as Admiral Marcus Holt, who commands Deep Space Three. Of similar note is Admiral Brand, who holds the position of Superintendent of Starfleet Academy on Earth.

The rank of admiral, particularly in times of peace, is primarily a desk job. The officer in question is often stationed at a Starfleet facility on Earth or elsewhere in the United Federation of Planets. For some, this can be considered a detrimental aspect of the position, as James T Kirk discovered following his promotion. Kirk’s duties were many and varied, but he felt stagnant ‘flying a desk’ at Starfleet Headquarters in San Francisco. He jumped at the chance to take command of the refitted Enterprise when the V’Ger probe approached Earth in 2271.

There are of course other circumstances that occasionally demand the presence of a member of the admiralty. For example, an admiral may be placed in an extremely hostile situation, where a high ranking officer is needed to coordinate starship deployment and battlefield strategy, as shown by the actions of Admiral JP Hanson and Admiral Hayes during the Borg offensives of 2366 and 2373.

An admiral may also be assigned to oversee a delicate operation in a distant region of space, such as Admiral Matthew Dougherty’s supervision of the joint Starfleet and Sona mission in the briar Patch. During Starfleet missions of a sensitive nature, or operations conducted under wartime conditions, an admiral is often posted to a facility ‘in the field’ from which they command and control several vessels; during the Dominion War, Admiral Bill Ross handled fleet dispersal and mission tasking from Starbase 375. Ross’s position offers a typical example of such a posting; his command includes vessels such as the USS Defiant NX-74205 and ships from the Seventh Tactical Wing.

There are times when certain admirals choose to relay new orders to starship captains in person, either because they suspect sensitive transmissions could be intercepted, or they are simply in close proximity. Admiral Alynna Nechayev, whose abilities have seen her rise to the rank of fleet admiral by 2370, often chooses to visit starships and their captains personally; her occasional sojourns to the USS Enterprise NCC-1701-D and space station Deep Space Nine are two examples.

Another aspect of an admiral’s position entails the investigation of incidents involving Starfleet officers. Among Starfleet’s most recognised and brilliant investigators are Admiral Brooks, who handled an incident in 2369 involving the death of Ferengi scientist Dr. Reyga, and Admiral Norah Satie, who was successful in fully exposing the alien conspiracy uncovered by command officers of the Enterprise in 2364. Satie’s unyielding temperament and deductive skills are evidence of the outstanding ability sought by Starfleet when considering officers for promotion to the admiralty.

Starfleet’s admirals have always been an integral part in the planning of new initiatives to maintain the safety and security of the Federation – initiatives that have served the organisation’s worlds and peoples well for many years. Those personnel who bear this auspicious rank can justifiably regard themselves as being among the finest officers in the fleet.